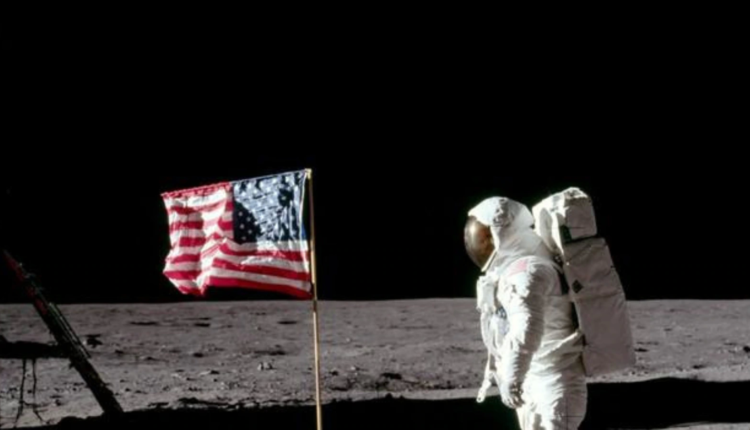 The first NASA photographs taken on the Moon, including the first shot of an “Earthrise” and Buzz Aldrin walking on the surface, will be auctioned off in Copenhagen on Wednesday.

“One of my favourite photos from this fantastic collection depicts a photo of Buzz Aldrin taken by Neil Armstrong, and you can actually see Neil Armstrong being reflected in Buzz Aldrin’s visor”, Kasper Nielsen, the head of the Bruun Rasmussen auction house’s valuation team, told news agency AFP. A total of 74 unique NASA photographs are up for sale, including 26 taken on the Moon during the Apollo missions in the 1960s and 1970s.

“Of course, the highlight is the Apollo mission reaching the Moon for the first time” on July 20, 1969, said Nielsen.

Bruun Rasmussen — which was contacted by a foreign collector who wanted to sell the photos and who has asked to remain anonymous — has estimated the collection at 1.4 million kroner, or almost 190,000 euros ($205,000).

Each photograph is up for sale individually.

The most valuable item, the first “Earthrise” photographed by US astronaut William Anders while orbiting the Moon in December 1968 on Apollo 8, is valued at between eight and 12,000 euros.

The collection also includes photos from the dramatic Apollo 13 mission, which never landed on the Moon due to a malfunction, instead looping around it before splashing down in the South Pacific Ocean after six days.

Several of the photos are on public display for the first time, having previously been part of NASA’s archives.

Others have appeared on the cover of US magazines such as National Geographic or Life, illustrating America’s success in the space race.

“It shows us all the great achievements of mankind, looked upon with a historical view, looking at what mankind actually achieved in the 1960s and the 1970s”.

Additionally, “it shows us all that when you put your mind upon a thing, upon a target, almost everything is possible”.

‘No Covid’ or ‘Never Covid’ People Never Caught the Virus, Here’s Why