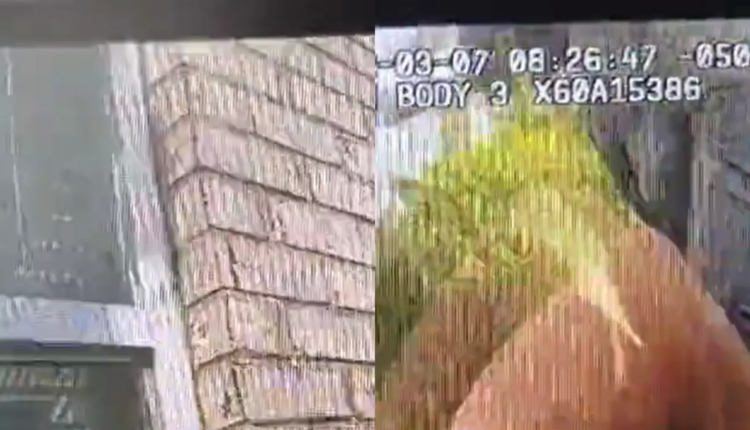 It is difficult to think through your actions, when you are trapped in a building on fire. A three-alarm fire broke out on the morning of March 7 at around 8:15 on the second and third floor of an apartment, South Ridge Woods Apartment Complex in New Jersey. As the fire intensified the firefighting officers urged the man to toss his baby. The father had no option but to throw his toddler out of the second-story window, and luckily the first responders got hold of him.

According to Fox News, an officer yelled at the man to “pass the baby.” The father was not convinced at once, but when the officers repeatedly urged him to do it, he tossed the three-year-old out of the window. After getting hold of the baby, the officers cushioned the father who also jumped off the window. Both father and son have survived but have encountered minor injuries.

When the fire broke out, eight fire departments responded to the scene and were able to get the fire under control before setting on the search the building. Monmouth junction fire Chief Scott Smith stated that about 50 people were displaced by the fire, adding that it could have been worse. “We were faced with extremely heavy fire conditions immediately on arrival, along with reports of people still inside,” he said.

Smith stated that fortunately, all the occupants were able to escape the fire, however, according to him, if the fire would have broken out early in the morning when people were asleep, the “outcome could have easily been tragic.”

Previously, several incidents of people being stuck in a fire-clad building have surfaced. At times, it is the quick analysis of the firefighters which comes to aid, and many times people take up the responsibility and risk their lives to rescue others.