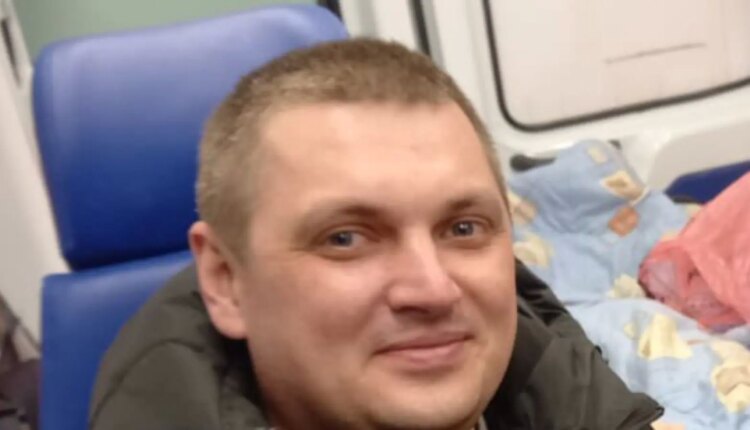 Among the various faces emerging amid the Russia-Ukraine war, one belongs to a driver attached to the Indian embassy in Ukraine who drove an injured Indian to the border. Harjot Singh from Punjab was shot multiple times when he was trying to escape from Kyiv. His leg was fractured too. He was trying to reach Lviv from where he was hoping to get out of the country. PC Mohan, an MP from Bengaluru, shared a photo of Harjot with the driver. The MP said that the driver, who could be seen with Harjot in an ambulance, drove from Kyiv to Bodomierz border under dangerous circumstances.

“Saluting our indomitable Indian Embassy driver. Indian Embassy driver successfully transferred Harjot (the Indian national who sustained bullet injuries in #Kyiv #Ukraine️), over 700 km from Kyiv to #Bodomierz border under dangerous circumstances. We are forever in your debt.”

The name of the driver, however, was not mentioned. Netizens hailed the driver for his service.

“Warriors come in many forms. Ambulance drivers never get their due of respect.”

“Speedy recovery for Mr. Harjot and MEA needs to recognise the efforts of the Driver and reward & give him a formal recognition.”

“Valiant effort. Kudos to him.”

Harjot Singh, a 31-year-old man, had received four bullets, including one in the chest, when he under heavy fire in the war-hit Kyiv in Ukraine. The incident took place on February 27 when Singh, along with his two friends, boarded a cab for the western Ukrainian city of Lviv in a bid to escape Kyiv. Singh, a Delhi resident, was taken for treatment at a hospital in Kyiv. This morning, he was evacuated from the conflict zone. Prime Minister Narendra Modi on Monday spoke to Russian President Vladimir Putin and conveyed to him the importance of the safe evacuation of Indian citizens from war-torn Ukraine’s Sumy at the earliest, official sources said. Around 700 Indian students are stranded in Sumy amid intense fighting between Russian and Ukrainian troops. The prime minister also appreciated the announcement of the ceasefire.

Grammarly, Founded by Ukrainians, is Donating Rs 38 Crore Made in Russia Since 2014