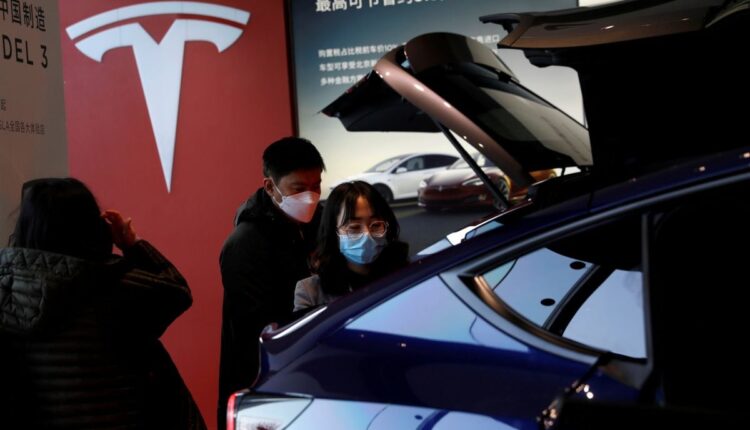 Elon Musk wants to make cheaper batteries fast. But the Tesla chief executive is unlikely to hit ambitious targets for Tesla to mass-produce its own new batteries this year, industry insiders and analysts say. Though Musk is known for doing the impossible, starting with turning the electric vehicle maker into the world’s most valuable auto company, the challenges of launching a new factory and developing a new way of battery manufacturing, are likely to be too much.

The stakes are high. Prices of battery ingredients like nickel hit records this week on supply fears stemming from the Russia-Ukraine conflict, and Musk in January forecast battery supply constraints next year, making in-house production a key to growth.

“He is changing the way how battery manufacturing is done,” said Shirley Meng, a University of Chicago professor who previously worked with Maxwell, a battery technology company acquired by Tesla. “It’s really, really difficult to manufacture at a speed and at scale.” “I think they will probably fall short of the ramp-up of 4680 over the next year,” said Gene Munster, managing partner at venture capital firm Loup Ventures, referring to the next-generation EV battery. Munster sees Tesla beating its targets longer-term, but starting off slowly, given its history of new-model production.

Musk says making the batteries at scale will be very difficult, but they are critical to his goal of building less expensive, longer-range electric cars that will keep Tesla ahead of a growing pack of competitors.

Like other automakers, Tesla sources battery cells from suppliers like Panasonic, CATL and LG Energy Solution. In late 2020, Musk announced that Tesla aims to halve the costs of the most expensive part of an EV by producing its own batteries.

Tesla’s 4680 lithium-ion batteries – with 46 millimeter diameter and 80 millimeter length — hold about five times the energy of its current smaller 2170 cells. Tesla can use a smaller number of new cells for the same energy and driving range, reducing costs.

Tesla has said it will start delivering Model Y vehicles with its bigger battery cells by the end of March. In 2020, Musk said Tesla would have capacity to produce 100 gigawatt-hours of 4680 batteries this year, enough to power about 1.3 million cars, and more than enough to supply production at factories in Texas and Germany.

Tesla is expected to deliver about 1.4 million vehicles this year. Industry researcher Benchmark Mineral Intelligence expects the company to produce batteries for about 30,000 Model Y vehicles, growing to 484,000 in 2024, according to a previously unpublished forecast provided to Reuters.

Tesla faces a lengthy process in ramping up a battery factory, complicated by plans to use a new manufacturing technology called dry electrode coating.

“There’s a very long process of fine-tuning the equipment before you can get to volume production,” said Caspar Rawles, chief data officer at Benchmark, adding that Tesla would have to refine the manufacturing process this year to ensure volume production in 2023.

Tesla said it produced its one millionth 4680 cell in January. It did not say how long it took to hit that milestone, but Benchmark estimated that 1 million cells would power only 1,200 Model Ys, which suggests that Tesla has a long way to go.

Tesla did not respond to emailed questions about its battery business. Senior Vice President Drew Baglino said in January Tesla is “making meaningful progress of the ramp curve” in its test battery factory in Fremont, California, while installing battery equipment at its upcoming plant in Texas.

Baglino said Tesla’s “focus is to drive yield quality and cost to ensure we are ready for larger volumes this year as we ramp and next year.”

As a sign of Tesla’s ambition, it expects to beat established battery makers Panasonic and LG to market with 4680s. The crowning difficulty for Tesla is that it is planning a new manufacturing process, called dry electrode, a technology it obtained via its 2019 acquisition of California startup Maxwell Technologies. The factory equipment, Musk said, “doesn’t exist. It’s being made.”

Dry electrode manufacturing skips a traditional, complicated step of battery manufacturing that involves a chemical slurry. If it works, it will be cheaper and more efficient, but Musk freely admits it will be a challenge.

“The very difficult part is then scaling up that production and achieving extremely higher reliability and safety with the cells,” he told a European battery conference in November 2020.

Even so, his timeline is seen as optimistic. It took more than a decade for battery makers to optimise the conventional manufacturing process for lithium-ion batteries.

Musk, who described a “production hell” of mass producing the Model 3 sedan several years ago – might experience a “Death Valley” start to scaling up the dry electrode process, said professor Meng, adding, though, that Tesla will overcome the difficulties.