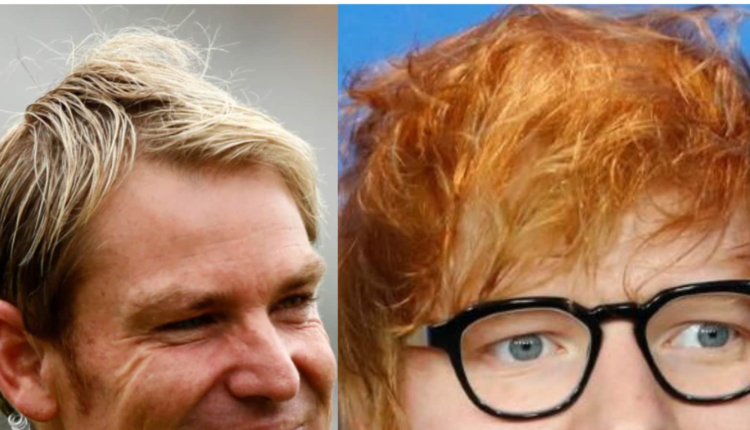 While it has been three days since we lost Australian cricketing legend Shane Warne, the world is still grieving and shocked. Thousands of people have been taking to social media to express their grief and pay tribute to the spin king. Now, acclaimed British singer and songwriter Ed Sheeran has shared his own story about his late friend. Paying tribute to Warne, he also told his fans about a phone call they had earlier this week. The musician revealed that he and Shane spoke on the first anniversary of Australian music promoter Michael Gudinski’s death on March 1 last year.

Lamenting that the world takes away incredible people, he said, “I spoke to Shane on the anniversary of Michael’s passing this week saying we were both raising a glass of 707 in his honour, and now this news comes out.”

Gudinski died on March 1 last year from mixed drug usage, according to The Sydney Morning Herald, although earlier reports said he died peacefully in his sleep.

In his post, which also included a photo of Warne with Gudinski, Ed praised the late spinner, calling him a gentleman and the kindest one around and that he went beyond his way to make people feel special and welcome. He said that Warne had spent much of his time bringing joy to others and called him a close friend. He signed off by saying “I’ll bloody miss you mate. Absolutely gutted.”

The singer was last seen with Shane and his son Jackson in April last year following a boys’ night out in Melbourne. Ed had travelled out to Melbourne to perform an acoustic rendition of We Were Younger Then at Michael Gudinski’s state memorial. The British pop star and cricket veteran had been friends since 2014, when they met in Melbourne after a Kylie Minogue concert through mutual friends. At the 2019 Cricket World Cup final, Warne presented Sheeran with a signed bat and a personalised Australian cricket team shirt with his name on it.

Thousands have paid tribute to the Australian bowler on social media, including Gary Lineker, who hailed Warne as “the greatest spin-bowler of all time”.

Terribly saddened and shocked to hear the news that Shane Warne has died. The greatest spin bowler of all time. Can’t quite believe it. RIP Shane— Gary Lineker 💙💛 (@GaryLineker) March 4, 2022

Warne died on Friday after four friends discovered him comatose in his villa at the Samujana Villas on the Thai island of Koh Samui.