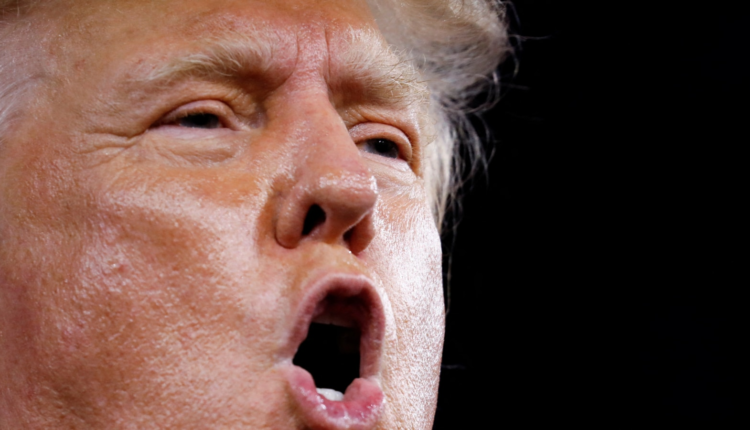 Donald Trump was speaking at the Conservative Political Action Conference when he made the comment.

Donald Trump, former US President, dismissed climate change concerns, claiming that global warming could result in “slightly more seafront property”. He was speaking at the Conservative Political Action Conference when he made the comment, reports The Independent. He criticised US President Joe Biden and his climate envoy John Kerry. Trump derided them, claiming that even though the world was on the verge of “disintegrating” and “blowing up” over energy, Kerry wanted to speak about global warming. He dismissed concerns about rising sea levels caused by global warming, claiming that any such result would only give rise to slightly more seafront property.

Trump further spoke about how Kerry did not want to worry about nuclear warming, but only “other types of warming”. He added that this was out of touch with reality and criticised Kerry for not pushing for more gas or energy. His allegation against Biden was for the US President claiming that Americans have been suffering due to high energy prices caused by the Ukraine crisis. The Trump administration has repeatedly derided efforts to curb climate change.

Trump and global warming go a long way back. He had in 2019 infamously tweeted that he wanted “global warming back” after a particularly chilly winter in the Midwest. Meanwhile, by the end of 2021, according to data released by Danish government, Greenland was already on track to lose its vast ice sheets. The region lost 8.5 billion tons of surface mass and another 8.4 billion tons almost consecutively. The amount of ice lost by Greenland will add up to the flowing water into the ocean and further propel the ongoing increase in global sea level caused by human-induced climate change. As the ocean water warms and expands in volume, coastal areas come under threat of losing land and drowning eventually.

The amount of ice lost by Greenland in that week was enough to drown the US state of Florida or India’s Andhra Pradesh, in two inches of water. Coastal cities like Mumbai, Chennai, Jakarta, Tokyo and island countries like Maldives will be some of the places that will bear the brunt of rising ocean levels. A 2019 research has already suggested that Mumbai runs the risk of drowning by 2050.