Do Newborns Have Tears or Sweat? No. Here’s Why 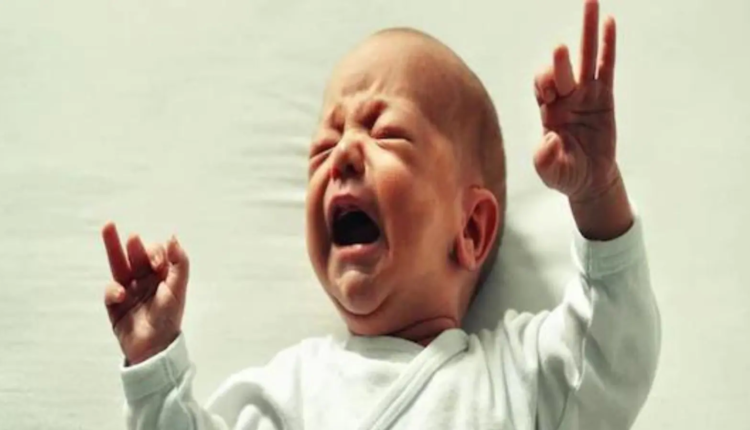 A newborn’s first cry is loud and distinct, indicating health and wellbeing. It’s a cry that new parents will become accustomed to in the days and weeks ahead. However, if you look closely, you will see that a newborn’s cry differs from that of an older child in that there are no tears.

While newborns use crying as a form of communication during their first few months, there are no tears involved. The cause isn’t a lack of feeling, but rather a specific gland that takes time to develop.

Tears are not only a means of expressing our emotions but they are also required to protect and moisturise the eyes. When dealing with intense emotions such as grief, anger, or even joy, we cry, according to Sage Timberline, a paediatrician at the University of California, Davis, Children’s Hospital. The fight or flight reflex is triggered by stress, and tears are produced to protect the eyes.

She told Live Science that emotional tears can also release stress-inducing hormones that have been building up during difficult times, contributing to the relief that follows a good cry. The tear-producing glands, known as lacrimal glands, might take up to two months to fully mature.

The tear ducts of a child are not fully developed until the first few weeks. There is enough tear in the ducts to keep the eyes moist, but not enough to produce a droplet that may roll down the cheek.

The sweat glands too, like the tear ducts, are not fully developed at first. Sweat glands are classified into two types: eccrine and apocrine. During puberty, apocrine glands become active due to hormonal changes. They secrete sweat through hair follicles, which is initially odourless and contains electrolytes, water, lipids, steroids, and proteins — all of which bacteria may use to produce odour.

During the fourth month of pregnancy, the eccrine glands begin to grow and gradually expand throughout the body. It starts on the palms and soles of the feet and spreads across the body by the fifth month.

The most active eccrine glands following a baby’s delivery, according to Timberline, are those on the forehead. They begin to sweat shortly after.