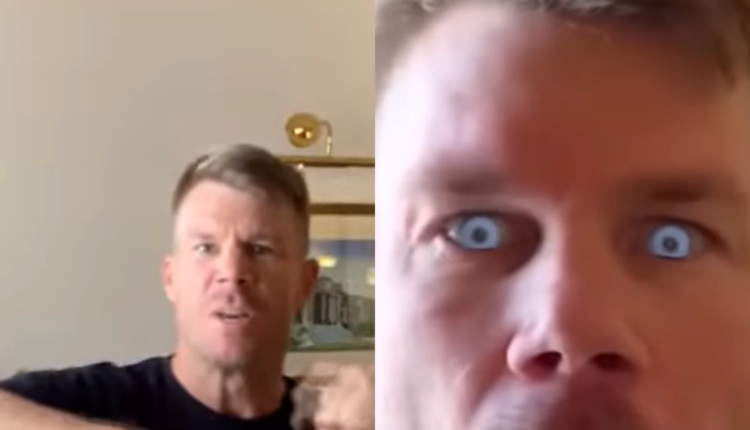 Every cricket fan on this planet knows that Australian batter David Warner is one of the most active celebrities on social media. Not a single day passes without him trying his hands on a new viral reel trend. The Aussie opener is a passionate dancer and loves Indian movies. And why not? Our Indian film industry has a contagious energy. Be it Allu Arjun’s Pushpa: The Rise or the latest Akshay Kumar starrer Bachchhan Paandey, Warner never fails to impress fans and followers with his dance moves.

After being amused by the upcoming Bollywood movie Bachchhan Paandey, Warner recently dropped a video on his official Instagram account where he is acing the signature step of Akshay Kumar on the song Maar Khayega. It can be seen in the video that Warner is replicating Akshay’s moves powerfully. But the star of the entire video was the climax, which is worth the wait. In the end, Warner manages to scare the viewers as he edited his cold eye look, while he lip-syncs Maar Khayega. While posting the video on his Instagram handle, he wrote, “How did I go Akshay Kumar.” He ended his caption with two hashtags, Maar Khayegaa and Bachchan Pandey, with a couple of laughing emojis.

This is not all. As the cricketer tagged Akshay in his video, the latter reacted and praised him for his efforts. While sharing Warner’s video on Instagram Stories, Akshay wrote, “You’ve hit it out of the park, brother.”

Here are few reactions to the story:

Netizens too reacted to Warner’s video commenting that his transition from Sunrisers Hyderabad (SRH) to Delhi Capitals (DC) has started as he may no longer share his reels on Telugu songs. One user commented, “friendship broken with Tollywood, now Bollywood is my best friend!”

For the unversed, during the 2021 IPL season, Warner was sacked as SRH skipper in the middle of the league, and later didn’t find a place in the playing XI and was released by the franchise ahead of the mega auction of IPL 2022. Warner isn’t the first to join the bandwagon, earlier Trinidadian cricketer and former West Indies skipper, Dwayne Bravo gave this viral reel trend a whirl.