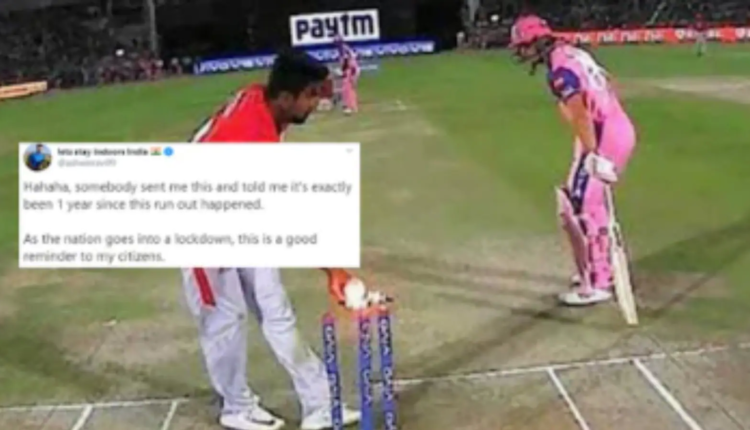 “Ravichandran Ashwin is the happiest person now.” Marylebone Cricket Club (MCC), the custodian of cricket laws, has made some substantial changes to existing rules in the game. One rule change, however, stood out from the rest as India’s frontline spinner Ravichandran Ashwin who famously overtook the great Kapil Dev in Test wickets tally, may finally be free from justifying as to why he loves to ‘Mankad’ non-strikers.

What is ‘Mankad’ or ‘Mankading’?

Indian opener and slow left-arm orthodox bowler Vinoo Mankad stirred controversy back in 1947-48 during India’s tour of Australia when he paused during his delivery stride and broke the wicket on the non-striker’s end to dismiss Bill Brown during the second Test.

Also Read: Ashwin Uses ‘Mankad’ to Remind Why Indians Should Remain ‘Inside’ During 21-Day Lockdown

The incident caused an uproar in Aussie media and ‘Mankad’ or ‘Mankading’ came into existence. Although the method doesn’t violate the laws of cricket, it is still considered by many as an unsporting one.

During a Kings XI Punjab vs Rajasthan Royals contest in IPL back in 2019, cricket fraternity was left divided after off-spinner and then Punjab captain Ravichandran Ashwin dismissed Royals’ batter Jos Buttler by ‘Mankading’ him.

Ashwin, on sensing that Buttler was backing up too far, paused during his action and removed the bails from the non-strikers’ end. Buttler was left bemused and angry. The on-field umpire went upstairs and ‘Out’ signal flashed on the big screen. Buttler went back for 69.

All hell broke loose as fans called the dismissal against the “spirit of the game” but Ashwin stood his ground.

“On my part, it was very instinctive and it was not planned or anything like that,” Ashwin said.

“So probably the rules need to go back and be sorted.”

Three years later, the rules have indeed been sorted.

Law 38.3 – Moving the running out of the non-striker

The act of running out batter at the non-striker’s end by the bowler while running up – often called as Mankading – has been moved from Law 41 – Unfair Play to Law 38 – Run-out.

Putting an end to the speculations, the MCC has decided to call it ‘run out’ officially and will no longer be seen as unfair.

As for fans, they decided to have some fun with memes imagining Ashwin’s reaction to the rule update.

You can check the new rules brought in by MCC complete with explanations here.