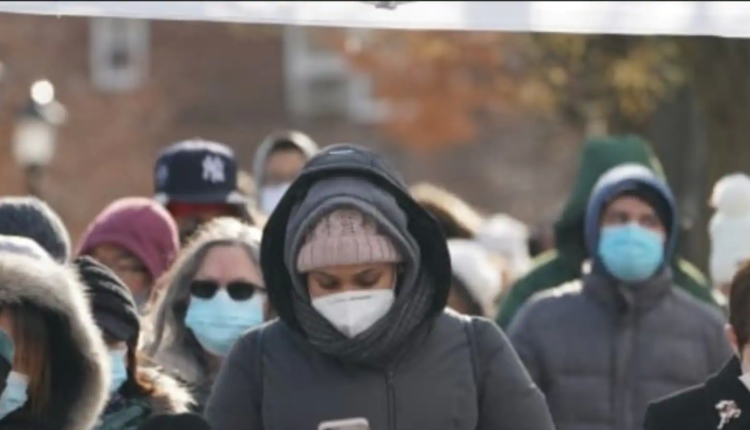 The Covid pandemic has taken a dire toll on mental health, the WHO said Wednesday, indicating that cases of anxiety and depression had swelled by over 25 percent globally. In a fresh scientific brief, the World Health Organization also found that the Covid-19 crisis had in many cases significantly impeded access to mental health services and raised concerns about increases in suicidal behaviour. The brief, which was based on an umbrella review of a vast number of studies, determined that the world saw a 27.6-percent increase in cases of major depressive disorder in 2020 alone. During the first year of the pandemic, there was also a 25.6-percent hike in cases of anxiety disorders worldwide, it found. “In terms of scale, this is a very large increase,” said Brandon Gray of WHO’s mental health and substance use department, who coordinated the scientific brief.

The brief, he told AFP, “shows that Covid-19 has had a large impact on people’s mental health and wellbeing.”

The greatest increases were found in places that were heavily affected by Covid-19, in terms of high daily infection rates and decreased mobility due to restrictions, the study found.

Data on suicides was meanwhile mixed, and did not clearly show a change in global rates since the start of the pandemic.

Data from some countries showed rising rates, but others showed that rates had decreased or remained the same.

But Gray pointed out that there is often a delay in collecting and analysing such statistics.

“I don’t think these results should be taken to indicate that suicidal behaviours is not a concern,” he said.

The study meanwhile did indicate a higher risk of suicidal behaviours, including suicide attempts and self harm, among young people since the start of the crisis.

Exhaustion among health workers, loneliness and positive Covid-19 diagnoses were meanwhile shown to increase the risk of suicidal thoughts, it found.

The study also showed that people living with mental disorders had an increased risk of severe illness and death from Covid.

Gray said more research was needed to understand the link.

One reason, he suggested, might be that people living with mental disorders may lead less healthy and active lifestyles, with higher rates of smoking, substance abuse and obesity than among the general public.

Wednesday’s study also showed that outpatient mental health services were widely disrupted in 2020 as a result of the pandemic, decreasing access to essential care.

These disruptions were mitigated in many cases by shifting services towards online healthcare.

While this was good news, the study pointed out that the shift obviously exacerbated barriers to proper care for people with little internet access or low levels of technological literacy.

The difficulties in responding to mental health challenges amid the pandemic were largely a result of “chronic underinvestment” in such services before Covid-19 hit, Gray said.

“The decades of underinvestment is showing up now in our lack of preparedness to address the scale of the problem,” he said.