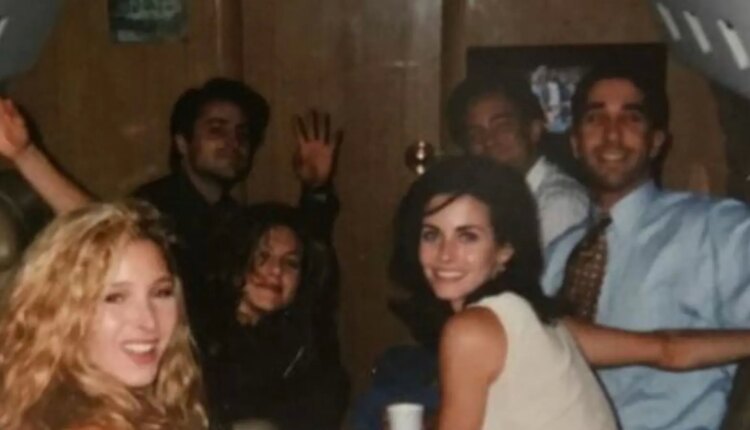 Courtney Cox, famously known for playing the role of Monica in the cult sitcom Friends, recently reminisced about the time when she and the other five cast members went on a trip to Las Vegas.

The show, which still tickles the funny bones of teenagers and adults alike after being aired for the last time in 2004, has been etched in people’s minds with its hilarious plot and an adorable cast. The show, revolving around the lives of six friends Chandler, Joey, Rachel, Ross, Phoebe, and Monica, first aired on September 22, 1994, on NBC.

Before the show aired, the director of the legendary sitcom, James ‘Jim’ Burrows, sent the cast members on a trip to Las Vegas. Giving each member $500, Burrows sent the six actors to Las Vegas on a memorable trip. But why was it supposed to be memorable?

Courtney, in a recent interview with New York Post, spilled the beans. She said, “He gave us all $500 and said, ‘I want you to take care, like, really take notice of this moment because it will be the last time that all six of you together can walk through a casino,’ and we were like really?”

Burrows, here, was implying that it would be the last time that the cast members – Matthew Perry, Matt LeBlanc, David Schwimmer, Jennifer Aniston, Lisa Kudrow, and Courtney Cox – wouldn’t be recognised in public. And Burrows was not wrong. The show gave them immense popularity, and the actors instantly became stars after the first season.

To commemorate the last time the ‘Friends’ were together in Las Vegas without being recognised, Courtney, in 2019, shared a picture on Instagram from the day the actors were heading to Las Vegas. Courtney, in the caption, wrote, “The one where the six of us went to Vegas and no one knew we were F.R.I.E.N.D.S yet.”

The cast members were last seen together on a special reunion episode – ‘Friends: The Reunion.’ The reunion special was aired in 2021, where the cast met and took a trip to nostalgia town together.