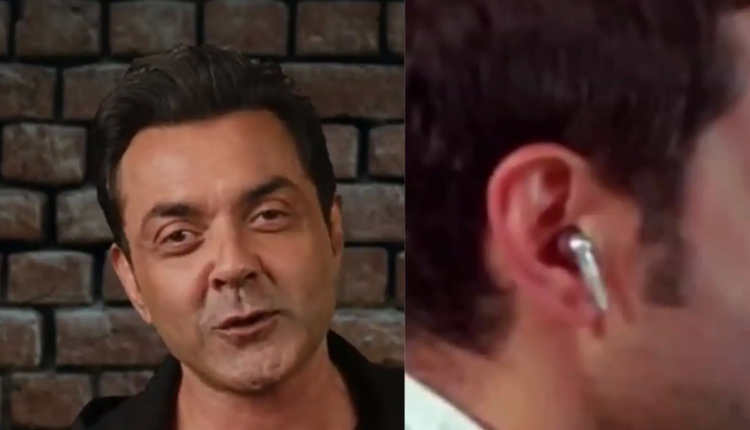 Actor Bobby Deol is promoting his new movie Love Hostel released on ZEE5 on February 25. The actor has shared a video on his Twitter handle reacting to viral memes about him, and fans are finding the video super fun and overwhelming. Bobby says that he genuinely had a great laugh coming across these memes, and he loves and appreciates the efforts of fans who come up with these memes.

The first meme in the video shows Bobby wearing an airpod, to which he reacts and says, “See, I have always been ahead of time. Also, I think I should have patented these.” In the next meme, a still from the movie Aur Pyaar Ho Gaya is shared. Bobby Deol and Aishwarya Rai Bachchan can be seen in the picture, in which it looks as if Bobby is taking the RT-PCR test of Aishwarya. The meme had gone viral when the pandemic had started with people saying that Bobby Deol had predicted the future. Reacting to this meme in the clip, Bobby says, “Sorry Aishwarya, but Bobby got a little ‘Swabby.’ Get it? Swab test, Bobby-Swabby.”

The next meme is Bobby inspiring The Weekend with his look in ‘One Right Now’ to which Booby says that inspiring people is his habit. He quoted his father and legendary actor Dharmendra, saying “a real man should always inspire others.”

The last meme is the third umpire meme, reacting to which Bobby reacts that the meme “actually inspired” him to become an umpire.

Here are some reactions to the story:

I doubted how would u differentiate this character from #Aashram ‘s character. Look is same, role is same but u played both characters completely different.U r my fav sir— Surender Singh (@Surender101998) March 1, 2022

The video has garnered more than five thousand views, till now. Fans are loving Bobby’s reaction, and fans are appreciating Bobby for reacting to memes about him. The comment section of the video is also filled with comments about his great performance in Love Hostel. The movie is streaming on ZEE5, you can see Vikrant Massey and Sanya Malhotra in lead roles alongside Bobby Deol.