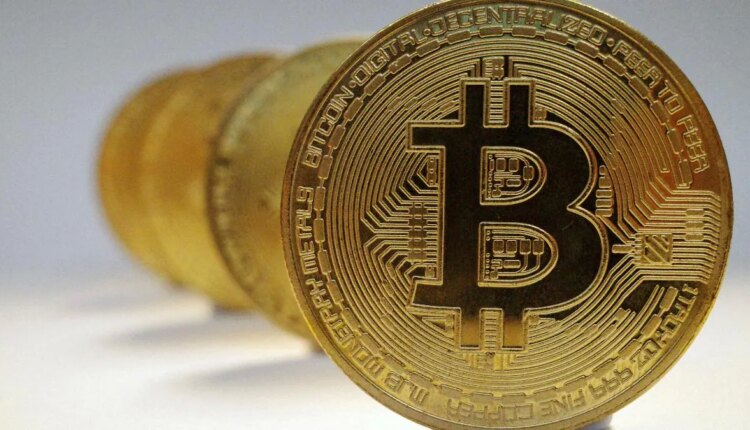 aAfter initially falling to around $34,000 (roughly Rs. 25.82 lakh) following Russia’s advance into Ukraine last week, Bitcoin pushed about 10 percent higher on Monday and is now up more than 25 percent in the past week, to $43,900 (roughly Rs. 33.34 lakh) Wednesday afternoon. Other cryptocurrencies have also soared.

Russians are exchanging their rapidly devalued rubles for Bitcoin to try and mitigate the impact of the economic sanctions imposed by the international communities for their country’s attack on Ukraine. The Ukrainian government has limited its citizens’ ability to conduct electronic fund transactions, so Ukrainians are also turning to Bitcoin and other cryptocurrencies. They’re also buying stablecoins whose values are pegged to the US dollar. Bitcoin price in India as of 7:14pm on March 3 stood at Rs. 34.55 lakh.

Prior to the Russian invasion, Bitcoin had been trading in a way similar to other riskier assets such as technology stocks. Investors have been expecting the Federal Reserve to soon begin raising interest rates in response to high inflation. They moved money out of more speculative investments such as Bitcoin and bought stocks of banks and other industries that tend to perform well when rates are rising.

That changed after the invasion when Western countries responded with a series of steps that limit the ability of Russia’s government and the country’s oligarchs to access the financial systems. Those moves have spillover effects for Russia’s citizens, who have been lining up at banks and ATMs to withdraw money.

Blockchain data and analytics firm Coin Metrics says trading volume in Bitcoin in exchange for both Rubles and Ukrainian Hryvnia has spiked in recent days, but such trading still only represents a small fraction of the overall volume. Translation: investors at large are viewing Bitcoin and other cryptocurrencies as a good place to store assets again.

Kyle Waters, a research analyst at Coin Metrics, said crypto trading data confirms that recent geopolitical events have “more generally” increased demand for cryptocurrency, which can be transferred anywhere and without the need for a third party.

“This could go for anyone, and certainly could include everyday Russian and Ukrainian citizens trying to escape a devaluing local currency,” Waters said.

Some analysts and media reports have speculated that Russian oligarchs could use cryptocurrencies to avoid sanctions. On Wednesday, the Justice Department said it is creating a task force that would, among other things, try to thwart any efforts to use cryptocurrency to get around sanctions.

Some analysts suggest this bitcoin surge may already be nearing its ceiling as prices for energy jump as the Russia-Ukraine conflict rages. Oil soared to $111 (roughly Rs. 8,400) per barrel Wednesday, its highest level in more than a decade. Bitcoin mining, where computers are used to verify bitcoin transactions, consumes an enormous amount of energy.

“Bitcoin has had a nice run but exhaustion in this rally will likely settle in as surging energy costs will likely impact some mining abroad,” said Edward Moya of Oanda in a markets summary report.

In addition to both the heightened regional and broader crypto market activity, millions of dollars worth of cryptocurrency have been donated to Ukraine since the invasion.

Elliptic, a firm that tracks cryptocurrency transactions says $33.8 million (roughly Rs. 256 crore) worth of digital currency has been donated to Ukraine’s government and non-governmental organisations there since the start of Russia’s invasion, nearly a third of it on Tuesday.