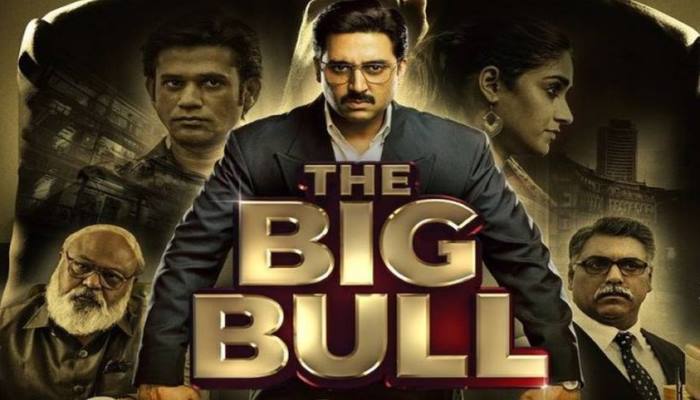 Indian stockbroker Harshad Mehta is infamous for a securities scam he perpetrated in 1992. He manipulated stock prices using fake bank receipts and benefited from political favors. This article outlines the facts behind Mehta’s crimes. Read on to learn more about Mehta’s crimes and what you can do to stop him from doing it again. If you are a stockbroker who is facing legal action, read on for some insight into Mehta’s story.

Harshad Mehta was a broker

Harshad Mehta was an Indian stockbroker who became infamous for his role in the 1992 securities scam. This scandal made him a notorious market manipulator. In this article, we will discuss Mehta’s history, background, and what made him such an important player in the Indian stock market. We’ll also examine his criminal case, as well as the history of the securities scam.

Born in Gujrat, Harshad Mehta spent his early life in poverty. After his education, he moved to Mumbai. His first job was with New India Assurance Company (NIACL). It was at this brokerage firm that he learned about stocks. He worked his way up to the top and eventually joined a brokerage firm owned by Prasann Pranjivandas. After achieving success at NIACL, Mehta became a member of the Bombay Stock Exchange and started his own firm, GrowMore Research and Asset Management.

While working as a broker, Harshad Mehta was able to exploit the trust of banks and investors. He bought government securities with fake bank recipts and then sold them to other banks. This allowed Harshad Mehta to use the money to manipulate the stock market. However, this scam did not occur in a perfect market. It happened because the brokers didn’t have the money to cover the losses and the fictitious deals that they made were exposed one by one. Harshad Mehta was arrested just three days after the crisis erupted in mid-May.

The method used by Harshad Mehta was complex. He colluded with banks to create a new market for government securities that would eliminate the need for brokers. Previously, the banks handled transactions and brokers lent money. He controlled the new market by manipulating the rules of the game, making himself the counterparty. The result was that the banks deposited checks in his account and the government’s financial system suffered a significant loss.

The story of how Harshad Mehta manipulated stocks has made the financial world uneasy. The infamous fraud was perpetrated in 1992 by an investor named Harshad Mehta. He was known as the ‘Big Bull’ and had sparked the stock market’s bull run in 1991. Unfortunately, this same investor was also a part of the Indian securities scam. While the media is quick to label Mehta a market exploiter, some financial experts believe that Mehta’s actions are not fraudulent.

To begin with, Mehta used the money from other investors in his company, Growmore Research, to fund his trading activities. Then, he reached out to banks to raise money for himself. The banks had a lot of money, and Harshad knew that by using this money, he could profit greatly. The money he raised through these illegal transactions helped Harshad manipulate share prices, sending them soaring.

Harshad Mehta was born in a poor family in 1954 and grew up in Raipur, India. His education was average and he was suspended from school after one incident of misconduct. Then, he moved to Mumbai to finish his education. He then earned a B.Com degree at Lala Rajpat Rai college. As a young man, he worked hard in the garment industry, attempting to earn money from his trading activities. As his money grew, so did his lifestyle.

As part of the broader scandal, Mehta’s associates, including former bankers Ketan Parekh and other senior bank officials, were also implicated. While Mehta’s arrest led to a prison term of three months, his alleged actions have prompted a massive probe by the CBI. Mehta also hinted that this scam may be just the start of a wider controversy that affects the banking sector in India.

Banks are supposed to conduct on-site inspections to ensure they are not doing business with a fake BR, but the RBI has been unable to take action against the Metropolitan Co-operative Bank or the infamous Bank of Karad. Instead, the regulator has refused to act against these companies, which helped Harshad Mehta to pump millions of dollars into the stock market. In this case, Mehta’s scheme involved the use of fake bank receipts.

While conducting his illegal activities, Harshad Mehta established strong relationships with the banking system during the 1980s. These relationships proved to be very useful to him in dealing with government securities. However, this did not stop him from selling his own stocks to pay back the loans he had taken out. As a result, his portfolio dipped drastically. It was later discovered that he was using fake bank receipts to steal millions of dollars.

In the meantime, Mehta’s scam continued to elude authorities. In the case of the National Housing Bank, Harshad Mehta allegedly bribed a senior SBI official to secure a loan and missed a BR on one transaction. Then, he bribed the National Housing Bank’s chairman to ensure he would lend him money. This scam was revealed after a finance journalist from the Times of India spotted the alleged fraudulent schemes. As a result, the RBI began an investigation of these schemes.

In the course of the investigation, Sucheta Dalal uncovered Harshad Mehta’s nefarious practices. In April 1992, the media uncovered the alleged fraud. Harshad Mehta was also accused of being a broker for the bear cartel, who blew the whistle on him in order to get rid of him. In a column for The Times of India, Dalal revealed the illegal practices of Mehta.

He benefited from political favours

Harshad Mehta is accused of benefiting from political favours after receiving Rs. 1 crore from former Prime Minister PV Narasimha Rao for a securities scam. He never denied paying the broker but was accused of corrupt dealings. Despite denials from the Prime Minister, Mehta’s case was still filed and his trial was delayed till January 2013.

Mehta was able to take advantage of loopholes in the banking system. He used to buy government securities and sell them without knowing the identity of the buyer. This was possible due to a loophole in the banking system. The RBI was aware of this scheme but decided to turn a blind eye on it due to India’s forex reserves position and periodic dependency on foreign banks.

The Mehta scam was exposed by an investigative reporter, Sucheta Dalal, in the Times of India. Several prominent journalists and politicians came forward to expose the scam, which was part of the government’s LPG (Liberalization, Privatisation, and Globalization) policy. It led to restrictions on private businesses and the government restricted foreign capital for one year. But, the case is far from over.

The scandal in 1992 involved an Indian stockbroker, Harshad Mehta. The money he received was given to him through fake bank receipts. His accomplices, meanwhile, fleeced Madhavpura Mercantile Bank. The scam lasted several months and cost millions of people their life savings. In response to the scandal, Mehta was crowned the king of scams. It revealed loopholes in the stock market and banking system.

He had a mass following

Harshad Mehta, a controversial journalist, was convicted of bribery and fraud in the 1992 securities scam. But he was only convicted of four charges before his death, in 2001. The alleged scam involved the rigging of prices for companies such as Videocon and Sterlite. His mass following continued even after his conviction. Despite this, he had a mass following and a large following of followers.

Harshad Mehta’s burgeoning wealth in the 1990s earned him the nickname ‘Amitabh Bachchan of the stock market.’ He was often cited as a man who ‘put money in the poor man’s pocket.’ Columnist Bachi Karkaria described him as ‘the Amitabh Bachchan of the stock market’. Mehta is credited with helping the Sensex index skyrocket from a low of one-thousand to four-hundred and fifty-four in 1992.

While Mehta’s tactics were highly profitable, his ambitions were much bigger. He exploited loopholes in the banking system to raise more money. The Reserve Bank of India mandated that banks keep a certain amount of their funds in government bonds. By using the funds he raised, Mehta’s scheme sparked a massive rise in share prices. As a result, the shares of many of the companies he backed went up in price. In turn, this triggered a rush of investors to buy the stocks, which he later sold for a profit.

After the controversy over the stock market scam, Mehta was sentenced to three months in jail. Mehta had a huge following at the peak of his career. While his reputation as a stockbroker was not tarnished, his reputation was. However, it did not stop investors from losing confidence in him. He was jailed for three months and even hinted that the scam was part of a larger scheme.

Why You Should Hire an Offshore Accident Lawyer in 2022