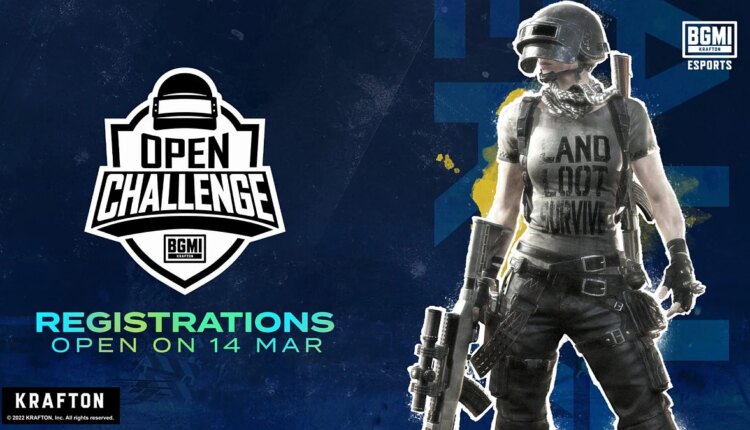 Battlegrounds Mobile India Open Challenge — or BMOC — was announced by Krafton on Friday, as the first BGMI competition for 2022. The South Korean publisher revealed that registration for the upcoming BMOC will open on March 14. However, gamers will need to meet certain requirements in order to register for the open challenge. The top 32 teams will advance to the Battlegrounds Mobile India Pro Series (BMPS). The winner of the BMPS grand finals will win Rs. 75 lakh, according to Krafton.

On Friday, Krafton revealed that gamers who have reached level 25 on their Battlegrounds Mobile India (BGMI) profile with Tier Platinum 5, will be eligible to register for BMOC on the company’s website. Registrations for the event will take place from March 14 to March 27, which will be followed by in-game qualifiers. According to Krafton, 512 teams will then be selected to participate in the first round of BMOC, out of which 256 will advance to Round 2. Meanwhile, only 64 teams will make it to Round 3, and this number will drop to 32 for Round 4. These teams will be pitted against 32 invited teams, and only 32 of the top teams will advance to Season 1 of the BMPS series.

According to Krafton, the 32 teams who advance to BMPS Season 1 will participate in the events in a Round Robin format, and 16 teams will advance to the BMPS finals. The winning team will take home Rs. 75 lakh in prize money. Both BMOC and BMPS series will be online only, and Krafton has confirmed that it will not conduct offline LAN finals for these tournaments.

The upcoming BMOC series is the first esports event to be introduced by Krafton in 2022, and the publisher recently announced four esports tournaments in India in 2022, with a total prize pool of Rs. 6 crore. Out of these, BMPS Season 1 and Season 2 will have a prize pool of Rs. 2 crore each, and the tournaments will begin with the BMOC which is open to all eligible users. Last year, Krafton promised investments worth $100 million (roughly Rs. 763 crore) in India, in order to improve local gaming, esports and entertainment and IT industries in the country.