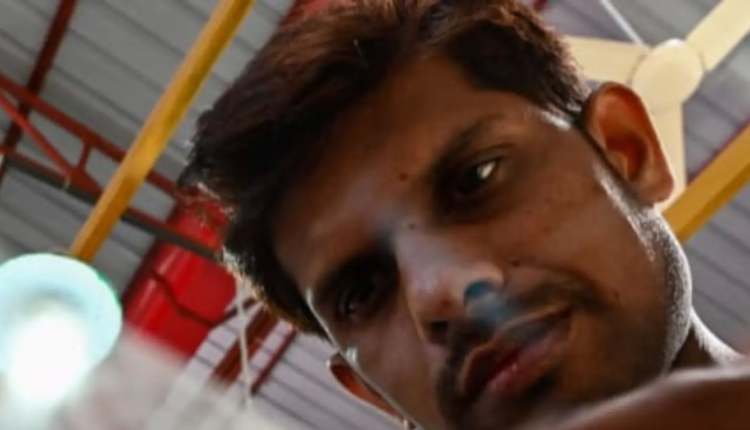 With wooden spinning wheels and hand-drawn looms, Bangladesh is painstakingly resurrecting a fabric once worn by Marie Antoinette and Jane Austen but long thought forever lost to history. Dhaka muslin was stitched from threads so fine that popular folklore in European parlours held that a change in the light or a sudden rain shower would render its wearer apparently naked. The textile once brought magnificent riches to the lands where it was spun. But to revive it, botanists had to hunt halfway across the world and back for a plant believed gone from the face of the earth. “Nobody knew how it was made,” said Ayub Ali, a senior government official helping shepherd the revival project. “We lost the famous cotton plant, which provided the special fine yarn for Dhaka muslin,” he told AFP.

The muslin trade at one time helped turn the Ganges delta and what is now Bangladesh into one of the most prosperous parts of the world, historians say.

Flowing dress garments weaved from the cloth were worn by generations of the Mughal dynasty then ruling India before the fabric enchanted European aristocrats and other notables at the end of the 18th century.

A muslin shawl belonging to Austen — supposedly hand-embroidered by the “Pride and Prejudice” author herself — is on display at her former home in Hampshire, while a 1783 portrait of Marie Antoinette depicts the French queen in a muslin dress.

But the industry collapsed in the years after the 18th century conquest of the Bengal delta by the East India Company, paving the way for British colonial rule.

The mills and factories that sprung up in England after the industrial revolution produced much cheaper textiles, while European tariffs killed the foreign market for the delicate fabric.

The quest to bring back Bangladeshi muslin began with a painstaking five-year search for the specific flower used to weave the fabric, which only grows near the capital Dhaka.

“Muslin can’t be woven without Phuti Carpus cotton. So to revive Dhaka Muslin, we needed to find this rare and possibly extinct cotton plant,” said Monzur Hossain, the botanist who led the effort.

His team consulted a seminal book on plants by the 18th century Swedish naturalist Carl Linnaeus along with a later historical tome on Dhaka muslin to narrow down a candidate among 39 different wild species collected from around Bangladesh.

With local museums lacking any specimen of Dhaka muslin clothing, Hossain and his colleagues went to India, Egypt and Britain for samples.

At the Victoria and Albert Museum in London, curators showed them hundreds of pieces imported from Mughal-era Dhaka by East India Company merchants.

Genetic samples revealed that the missing plant was already in their hands, found by the botanists in the riverside town of Kapasia north of the capital.

“It was a 100 percent match, and some history books say Kapasia was one of the places where Phuti Carpus was grown,” Hossain told AFP.

The plant is now being grown in experimental farms in an effort to raise yields and scale up production.

But the revival project immediately ran into another roadblock — finding weavers nimble enough to weave the plant’s ultra-fine threads.

In the two centuries since the muslin trade collapsed, Bangladesh has again become a world textile hub, albeit with an industry no longer catering to royalty or other international elites.

Instead Dhaka is now home to countless bustling factories of the global fast fashion trade, supplying huge brands such as H&M and Walmart, with its $35 billion in yearly apparel exports second only to China.

The country has no shortage of garment workers, but the muslin project needed to source artisans from the small cottage industry of spinners and weavers working with fragile threads.

They found candidates from villages around Dhaka where small workshops make intricate saris from jamdari, a fine cotton produced in a similar way to muslin.

“I don’t how I did it. But it needs supreme concentration,” said Mohsina Akhter, one of the spinners brought into the project.

“To do it you have to be in perfect mind. If you are angry or worried, you can’t hand spin such a fine yarn.”

It took months for the team to master the craft, working with threads four or more times finer than jamdari, with two people taking eight hours of non-stop labour to weave an inch or less of cloth.

“It is like doing prayers. You need to have full concentration. Any lapse will tear up the yarn and set your work backwards,” said Abu Taher, a weaver.

“The more I work, the more I wonder how our ancestors wove such a fine clothing. It is almost impossible,” he told AFP.

The intense labour needed means that any garments stitched from Dhaka muslin will always remain a boutique product, but the government has found some tentative interest from established industry players.

“We want to make it a top global fashion item. It has a great history,” said Parvez Ibrahim, whose family owns a factory supplying global fashion retailers.

“But to bring down cost, we have to speed up the production process. Otherwise, reviving Dhaka muslin won’t mean anything,” he told AFP.