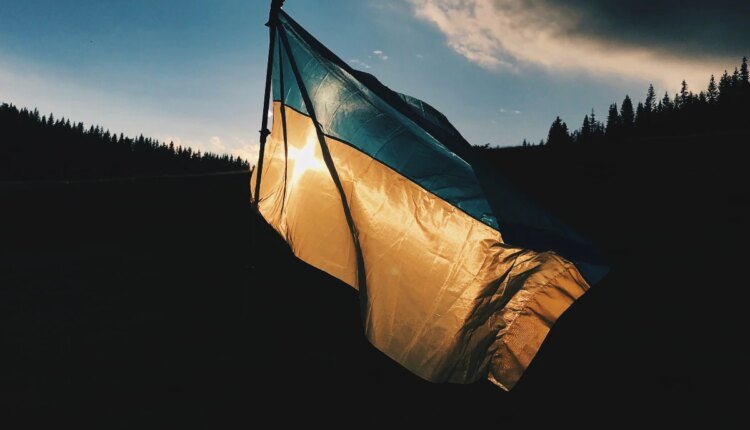 As Russia’s invasion of Ukraine continues, global technology companies have joined governments and the international business community in cutting ties with the world’s largest country over its ongoing military actions. Companies including Apple, Google, and Meta are restricting the availability of their products and services to Russian users. Similarly, AMD, Dell, TSMC, and Intel are amongst the tech firms limiting or ending sales in the country. While some businesses are complying with new economic and trade sanctions, others have chosen to withdraw from Russia and Belarus voluntarily to distance themselves from its actions and to support Ukraine. The Ukrainian government itself has also urged about 50 additional tech companies, including those involved in gaming, esports, and Internet infrastructure, to impose restrictions against Russia for its ongoing actions in the country.

In this article, we are listing the major tech companies that have so far cut Russia off from some or all of their products or services

Shortly after the invasion started last week, Ukraine urged Apple to punish the Russian Federation by cutting all ties with the country. Ukraine’s Vice Prime Minister and Digital Transformation Minister Mykhailo Fedorov requested Apple CEO Tim Cook to stop selling its devices and block access to the App Store in Russia. Apple earlier this week announced that it has stopped sales of the iPhone and its other devices in the country.

The Cupertino giant also limited Apple Pay and other services as well as restricted users from downloading Russia’s state-run RT News and Sputnik News apps outside the country. Additionally, Apple disabled traffic and live incidents in Apple Maps in Ukraine as a safety and precautionary measure for Ukrainian citizens.

“We will continue to evaluate the situation and are in communication with relevant governments on the actions we are taking. We join all those around the world who are calling for peace,” the company said in a press statement.

Similar to Apple, Google removed RT from its news-related features and Google News search tool. The search giant also restricted news companies funded by the Russian government from advertising tools and some features on YouTube. Following these initial moves, Google blocked apps connected to RT and Sputnik from its Play store. The company also restricted Russian state media from using its tools to buy ads and from placing commercials on Google services including Gmail. Russia also notably restricted access to Google Pay and Apple Pay from some of its banks. On Friday, Google announced that it has suspended all advertising in Russia. “The situation is evolving quickly, and we will continue to share updates when appropriate,” the company noted in a statement.

Meta — the parent company of Facebook, WhatsApp, and Instagram — last week barred Russian state media from running ads and monetising on its social media network. It also blocked access to RT and Sputnik across the European Union. Additionally, Instagram introduced encrypted direct messages to help users in Russia and Ukraine conduct private conversations at this difficult time. Russia initially restricted Facebook access for clamping down on its propaganda — which the country referred to as “censorship” — on the platform. Facebook, though, responded and said that it refused to stop fact-checking and labelling content from state-run news organisations.

Just like Facebook, Twitter started labelling tweets linking to Russian state-affiliated media as a move to inform users about the content potentially spreading a particular narrative. The microblogging network also halted ads in both Russia and Ukraine to ensure public safety. Earlier this week, Twitter said that it would continue to focus on reducing the visibility of content from RT and Sputnik on its platform. However, Twitter’s access in Russia has also been restricted to some extent.

Microsoft joined the ongoing tech restrictions on Russia by announcing earlier this week that it would not display any state-sponsored RT and Sputnik content on the Microsoft Start platform (including MSN.com). The software giant also removed RT news apps from the Windows app store and started de-ranking these sites from its search results on Bing. Users will now only see RT and Sputnik links if they clearly intended to search for these sites. Microsoft also said that it was banning all ads from RT and Sputnik across its ad network and would not place any ads on either site.

“We are continuing to monitor events closely and will make ongoing adjustments to strengthen our detection and disruption mechanisms to avoid the spread of disinformation and promote instead independent and trusted content,” the company said.

Web portal Reddit, which is often used as a social news aggregator, this week banned all its users worldwide from posting links to Russian media outlets RT and Sputnik. The US platform also rejected ads that “target Russia or originate from any Russia-based entity, government or private” to take Ukraine’s site. Further, A Reddit admin apparently confirmed that the platform started blocking links to all websites that have the .ru domain.

Earlier this week, Intel announced that it had suspended all shipments to customers in Russia and Belarus due to the invasion of Ukraine. “We have launched an employee donation and matching campaign through the Intel Foundation that has already raised over $1.2 million (roughly Rs. 9,12,52,200) for relief efforts, and we are proud of the work our teams in surrounding areas including Poland, Germany and Romania are doing to aid refugees,” the company said.

Similar to Intel, AMD announced that it was halting all its chip shipments in Russia and Belarus.

Similar to the key chipmakers and chip manufacturers, Dell announced suspension of its sales in both Russia and Ukraine. The company said that it would closely monitor the situation to determine its next steps.

Alongside platforms including Meta and Twitter, TikTok has started restricting users from accessing Russian state-owned media accounts including RT and Sputnik in the European Union.

Snap — the parent company of social media platform Snapchat — has started restricting ads in Russia, Belarus, and Ukraine. The company also halted advertising sales to all Russian and Belarusian entities and clarified that it did not accept revenue from Russian state-owned entities.

“We have pledged over $15 million (roughly Rs. 114 crore) in humanitarian aid to support organisations providing direct relief to the people of Ukraine,” the company said in a statement.

Snap notably has roots in Ukraine and a massive office in the country’s capital Kyiv.

Messaging app Viber — owned by Japan’s Rakuten Group — said that it would remove advertising in Russia and Ukraine. It also launched a programme for free Viber Out calls in Russia and Ukraine to let its users reach any phone number in 34 countries around the world, without requiring a tariff plan. The company said that blocking its service in Russia or any other country would “harm the people of Ukraine by preventing free, private and secure communication and eliminating a key communications channel for fighting disinformation.”

Alongside social media and messaging platforms, over-the-top (OTT) services have joined the ongoing restrictions against Russia. Netflix has refused to air Russian state TV channels in the country including Channel One.

Similar to Netflix, Roku — the maker of streaming TV boxes — recently said that it would bar RT from the list of content available to its users in Europe.

Streaming giant Spotify removed all content from Russian state-sponsored outlets RT and Sputnik and closed its office in the country. It also said that it had examined “thousands of podcast episodes since the start of the war” and limited users’ access to podcasts owned and operated by media outlets tied to the Russian state. The streaming service is, however, currently open for access to Russian users.

Business intelligence software giant SAP announced that it would pause all its sales in Russia as a result of the invasion in Ukraine. The Ukrainian government also expressed plans to urge about 50 additional tech companies, including those involved in gaming, esports, and Internet infrastructure to impose restrictions against Russia for its ongoing actions in the country.

Poland-based game developer CD Projekt Red — well known for the role-playing game Cyberpunk 2077 — said that it is halting all sales to Russia and Belarus. It also started working with partners to suspend digital sales and cease deliveries of physical products and games as well as copies distributed on the GOG store to both countries. In a separate report to investors, the company noted that the cumulative share of Russia and Belarus in its product sales and in sales revenue obtained through the GOG platform over the past 12-month period was 5.4 percent and 3.7 percent, respectively.

PayPal — the leading online payments platform — stopped accepting new users from Russia. The company has also blocked some users and banks in the country.

Telecom giant Nokia stopped deliveries to Russia in order to comply with sanctions imposed on the country.

Alongside Nokia, Ericsson has suspended deliveries to Russia, CEO Borje Ekholm informed its staff in a memo that was reviewed by Reuters.

US IT conglomerate Cisco has stopped all business operations in Russia and Belarus and is working to provide humanitarian aid in Ukraine. Cisco CEO Chuck Robbins in a letter to its staff said that the company was its accelerating efforts to protect organisations in Ukraine from cyber threats

Internet domain registrar and Web hosting provider GoDaddy announced earlier this week that it would no longer support new domain name registrations with the .ru extension from March 1. The .ru extension represents Russia. Although existing customers can continue to use and renew their .ru domains, the company is not allowing registrants to sell or transfer these domain name to any party for profit.

Privacy-focussed Web search engine DuckDuckGo has paused a partnership with its Russian counterpart Yandex over the ongoing military actions in Ukraine.

Home rental company Airbnb suspended all operations in Russia and Belarus to support Ukraine. The company also announced free-of-cost stays for refugees fleeing to nearby countries, including Poland, Germany, Hungary and Romania.

In addition to these tech companies, the Massachusetts Institute of Technology (MIT) has parted ways with Moscow’s Skolkovo Institute of Science and Technology. Automakers such as Ford, Volvo Cars, and Daimler Truck as well as manufacturers including Boeing have suspended operations in Russia. Ready-to-assemble furniture company IKEA, fashion outlet H&M, and winter clothing maker Canada Goose Holdings are also pausing their business in the country to support Ukraine.

Disney, Warner Bros, and Sony Pictures have also suspended the release of their films in theatres in Russia. Warner Bros pulled The Batman from releasing in the country, while Sony Pictures announced halting of its planned releases including the upcoming title Morbius from Russian theatres.