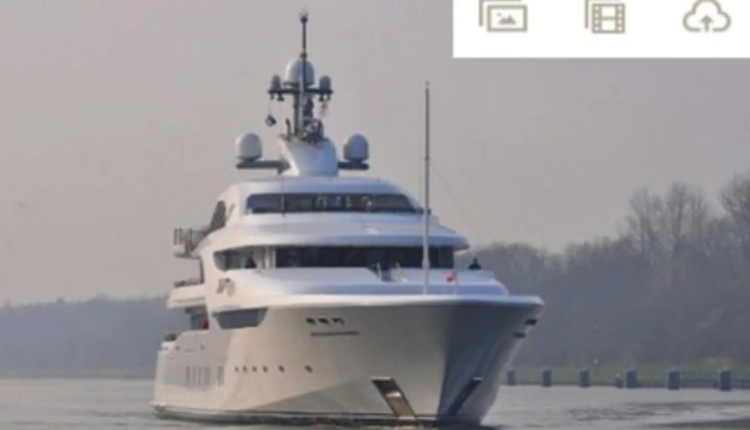 As Russian invasion continues in Ukraine, members of hacking group Anonymous have targeted Russian President Vladimir Putin for the war. According to Bloomberg reporter Ryan Gallagher, a group of Anonymous hackers changed the name of Putin’s luxury yacht from Graceful to “FCKPTN”. Ryan shared a post on his Twitter handle and claimed that the hackers “figured out a way to mess with maritime traffic data and made it look like the yacht had crashed into Ukraine’s Snake Island.” The reporter also wrote that the hackers even changed the destination of the $97 million-yacht to “hell”. He even shared a few screenshots from the website Vesseltracker which showed how the information about the yacht’s Callsign, destination and location had been tweaked.

Putin reportedly has a $97 million luxury yacht called “Graceful”. A group of Anonymous hackers on Saturday figured out a way to mess with maritime traffic data & made it look like the yacht had crashed into Ukraine’s Snake Island, then changed its destination to “hell”: pic.twitter.com/Ch53lcG7D6— Ryan Gallagher (@rj_gallagher) February 27, 2022

In another tweet, Ryan shared that the group which carried out the daring hacking are affiliated with an Anonymous offshoot called ‘The Anon Leaks’. Ryan claimed that the group shared with him the way they changed the details of the yacht.

“They told me they did it by manipulating the maritime “Automatic Identification System”, which is used to track ships,” Ryan wrote.

The hackers — who are affiliated with an Anonymous offshoot called @theanonleaks — told me they did it by manipulating the maritime “Automatic Identification System,” which is used to track ship locations.— Ryan Gallagher (@rj_gallagher) February 27, 2022

He further highlighted in the next tweet that the hackers group aimed at bringing the yacht under the “scope of sanction packages” and to lighten up the mood during these dark times.

They changed the yacht’s destination to “hell”, “anonymous” & “anonleaks” & also changed its call sign to “FCKPTN”. They said they wanted to put the yacht in the scope of sanction packages as well as “put a little smile on some faces for a short period in these dark times”— Ryan Gallagher (@rj_gallagher) February 27, 2022

According to a report by The Independent, the hacker group recently made a German blog post. In the post, they said that Russia’s banks and services have also been targeted with cyber attacks. However, they asserted that these attacks alone “will not bring down the regime.” The hackers also emphasised that the attacks were not targeted at Russia’s people or its army but only its president and the state-controlled bodies and companies including media.

‘Anonymous’, the hackers’ collective, declared cyber war against Russia in support of Ukraine on February 25. As per a Business Insider report, the hacktivists took down or slowed Russian government websites including those of the Kremlin, Duma and the Ministry of Defence, as well as RT.com which is the website of a state-controlled television network. Twitter users came out in support of Anonymous’ initiative. From “I love when Anon enters the chat” to “of course we are expecting you”, Twitter could be seen rooting for the collective’s war against Russia.

Ukrainian Man Removes Mine With Bare Hands While Smoking a Cigarette