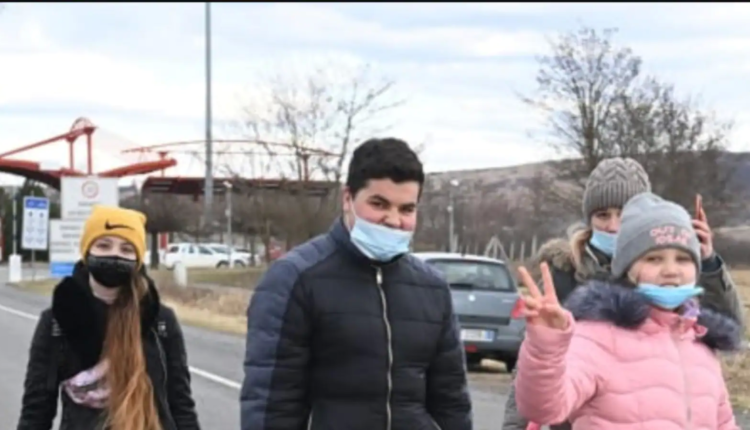 US vacation-rental platform Airbnb said Monday it would offer free short-term stays to up to 100,000 people fleeing Russia’s invasion of Ukraine. The San Francisco-based company said in a statement that its top leaders had “sent letters to leaders across Europe, starting with the leaders of Poland, Germany, Hungary and Romania, offering support in welcoming refugees within their borders.” “While Airbnb.org is committing to facilitate short-term housing for up to 100,000 refugees fleeing Ukraine, it will work closely with governments to best support the specific needs in each country, including by providing longer-term stays,” it added.

The lodgings will be funded by the company, donors to an Airbnb fund for refugees, and hosts, it said.

Airbnb.org is the company’s nonprofit organization, which facilitates temporary stays for people in times of crisis around the world.

Since the beginning of the Russian offensive, about 400,000 Ukrainians have entered the European Union, according to an AFP count.

Nearly half of them have reached Poland, according to the Warsaw government.

Airbnb’s initiative echoes the aid offered last August to Afghans seeking to flee their country after the Taliban took over.

The initiative is not the company’s only recent brush with major global affairs.

Earlier this month, research revealed that it had hundreds of listings in Xinjiang and Tibet, two regions where China stands accused of widespread human rights abuses and forced cultural assimilation.

At the time, Airbnb told AFP it operates “where the US government allows us to” and “has a “rigorous process… to help ensure we follow applicable rules”.

On the other hand, the International Society for Krishna Consciousness (ISKCON) has extended its help to the people of the country amid the war. ISKCON is providing refuge to people inside the temple doors. In addition, at the request of the Indian Embassy, ISKCON members have started a large food assistance initiative in Hungary to give fresh food and drink to the students returning home. ISKCON Vice-President Radharamn Das said on Saturday that there are 54 ISKCON temples in Ukraine that are ready to help those in need.

ISKCON members were seen providing fresh food and water to stranded Indian people who crossed the border from Ukraine to Hungary in videos and images uploaded on social media. ISKCON also plans to expand this for the incoming Ukrainian refugees.