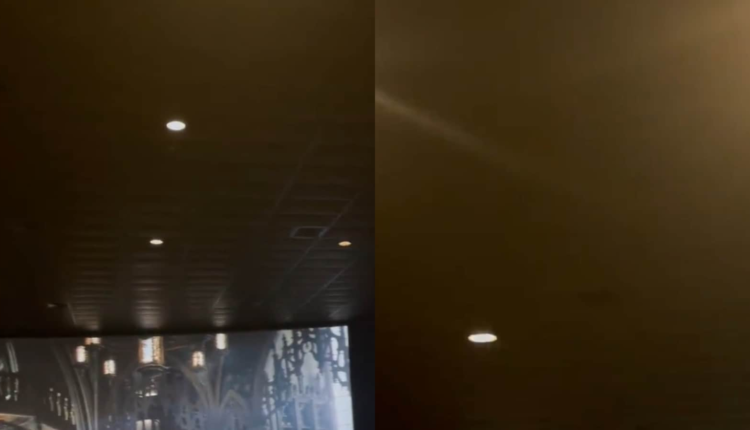 In a comical event recently, a US cinema was forced to pause the screening of The Batman due to the interference of a real bat that got inside the theatre and started to fly around. The video of the incident was posted on Twitter by a person with the username ‘@Jeremiah24_’ and shows the bat flying around in the theatre while the movie was paused. He mentioned in the caption that he was at The Batman movie and there were real bats in the theatre.

Twitter users immediately took the opportunity to make jokes about it. A user said, “They came to support their boy” with an animated gif of Batman showing a thumbs up. Another user joked, “The bat deserves to watch the movie too.”

See these other hilarious reactions

The Batman is being lauded by critics worldwide as one of the best comic book adaptation movies. Apart from movie pundits, fans are also enjoying the Robert Pattinson and Zoe Kravitz-starrer, with many calling it their favourite Batman film. The movie is being compared to The Dark Knight. The Christopher Nolan flick was critically acclaimed and loved by fans worldwide.

Ever since its release on Friday March 4, The Batman has already become a box office blockbuster by grossing nearly $250 worldwide million over its first weekend. It is the second-biggest opening weekend for a movie ever since the pandemic hit. Fans in India have also flooded the theatres and the movie has already grossed Rs 8 crore in the first weekend.

Directed by Matt Reeves, The Batman stars Robert Pattinson as the protagonist, Zoë Kravitz as Catwoman, Paul Dano as The Riddler, Colin Farrell as Penguin, Jeffrey Wright as Jim Gordon, and Andy Serkis as Alfred Pennyworth.

Microsoft to Build Its Fourth Indian Data Centre in Hyderabad