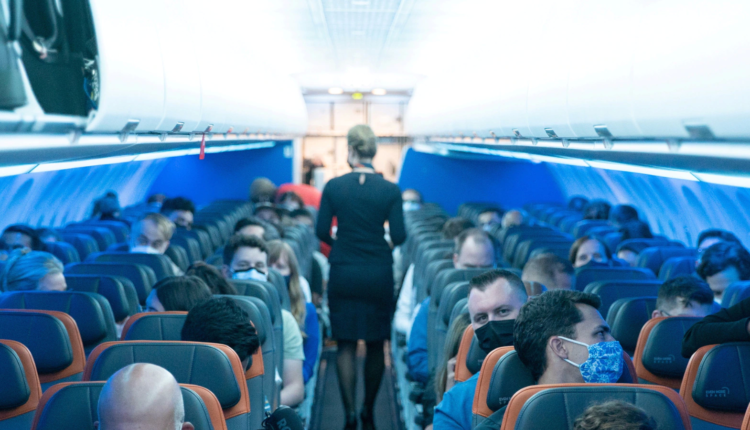 A flight was disrupted for an hour due to hijacking fears triggered by a 10-year-old boy. An Alaska Airlines flight bound to Orlando flew from Seattle on March 6. As the flight reached the taxiway at the Orlando International Airport, the officials were alarmed by a possible hijack situation that gushed waves of fear in and outside the cabin. When the officials reached the crux of the matter, it was found that a 10-year-old boy had released a text message via AirDrop about the hijacking of the plane to one of the passengers on the plane as a prank.

However, the prank was taken so seriously that the passengers had to wait for an hour before they could disembark from the flight. During the hour-long investigation, the law enforcement officials established that the potential threat stood on extremely feeble grounds and was, in fact, sourced from the text message sent by the 10-year-old.

Logan D’Amato, one of the passengers of the flight, in an interview with WFTV 9, mentioned that everything was fine until the flight landed at the Orlando International Airport. As the news of a possible hijack reached the cockpit, the pilot did not respond to the airline. “We were pulling in, and the captain on the intercom let us know that there was a non-credible threat,” said Logan.

Later, the source of the message, the 10-year-old kid, and the mother were escorted off the plane by the police. However, as per the reports, there were no charges pressed against the kid or the mother. The minimum age to be considered culpable for a federal crime on planesis officially set at 11, and hence, the police did not press any charges against the mother-son duo.

After the incident got enough limelight, Alaska Airlines issued a statement clarifying the details about the incident and, along with it, an apology for the inconvenience caused to the passengers.

Here’s Why Debit, Credit Cards Have Dots and Notches